Malcolm Mitchell is an award-winning chef who has owned, operated, and consulted on dozens of restaurants throughout the United States. His love affair with food began with his Mother. It was intensified while traveling the world for four years in the Navy and became his full-time passion pursuit when he graduated from Stratford University and launched his culinary career. In addition to his many restaurant and hotel achievements, Chef Mitchell founded M. Mitchell the Chef, personal chef and catering services whose client roster includes A-list celebrities, NBA, and NFL professional athletes. Chef Mitchell has taken the culinary world by storm with his ability to create culinary concepts in multiple genres, such as Mint Gastro-Pub, legendary Eats, Lower 48, Butchers Hill Society and many more....Chef Mitchell has been an adjunct professor for Prince Georges Community College. Chef continues to educate and inspire young culinary minds by numerous speaking engagements throughout the country.

No stranger to mass communications, Malcolm Mitchell hosted his own radio show, “Choppin’ It Up with the Chef” on Radio One’s WOL 1450 in Washington DC.
Chef Mitchell is the Author of "Taste" a cookbook calendar and was a contributing writer for digital magazines Excell Style and Shirley Strawberry.
Chef has also been the Ghost Chef behind numerous restaurants around the country, writing & developing menu concepts.

Malcolm Mitchell brought the heart and soul to Season 8 of Food Network Star as a Finalist. He was voted Most Cockiest Competitor. Malcolm showed off his talents on Beat Bobby Flay and was also celebrated as one of the toughest competitors on NTDTV's Celebrity Chef Chinese Competition.
Malcolm Mitchell has been featured on Fox & Friends displaying holiday recipes and aired on local stations in several cities. Chef's Promiscuous Palate Tour, included: DC, VA NY, FL and Aspen CO. Chef Mitchell has done countless speaking engagements for numerous college, technical schools and was a keynote speaker at the ACF in New York City. 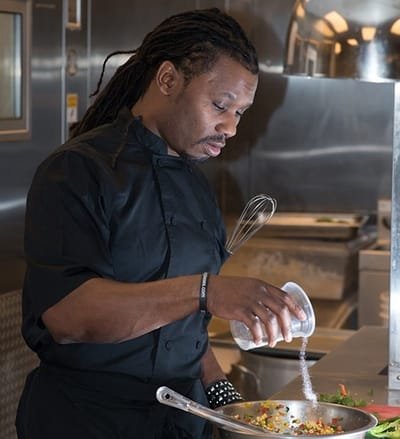 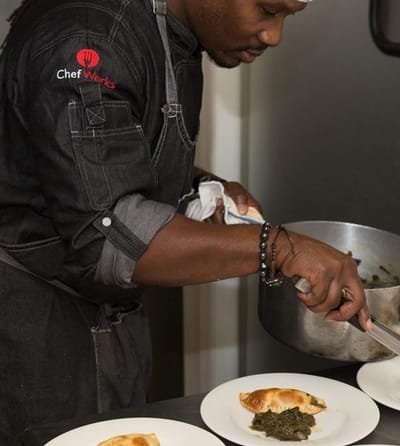